In the film industry, opportunity is rife.

Not everyone will make the final cut.

Writing an effective film CV is not easy, jobs in filmmaking are besieged by legions of those who want to see their dreams on the big screen.

Most candidates will end up on the editing room floor.

You’re about to learn how to breeze past them.

But before that happens, you need to take— 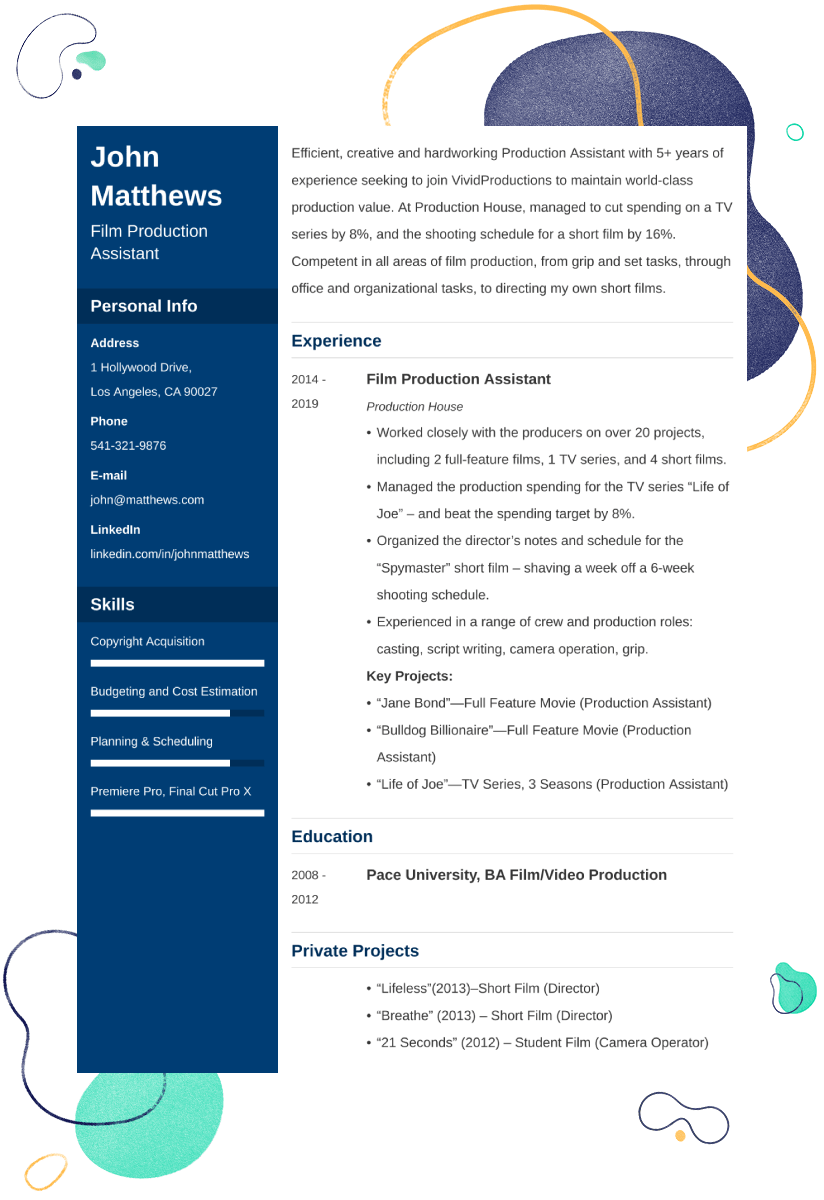 Create a job-winning CV with little effort. Hack your way through ATS software with our 18 beautiful templates—give our builder a try!

If you’re looking for other CV examples for creative fields, check our guides:

Haven't found what you're looking for? Check all our professional CV examples.

Film CV Template You Can Copy and Use

Efficient, creative, and hardworking production assistant with 5+ years of experience seeking to join VividProductions to maintain world-class production value. At Production House, managed to cut spending on a TV series by 8% and the shooting schedule for a short film by 16%. Competent in all areas of film production, from grip and set tasks, through office and organisational tasks, to directing my own short films.

Now here’s how to write a film CV like this:

1. Choose the Correct Format for a Film CV

Artists, visions, and egos clash. It is up to production staff to keep everything running smoothly behind the scenes.

Keep your film production CV in order, too, tot show you are organised and pay attention to detail. Format your CV the right way:

Once you have formatted your film production CV to catch the attention, it’s time to write a captivating script.

You don’t have long to convince them.

In fact, you only have 7 seconds.

Your film production CV must convey the most important facts about you rapidly and effectively.

The best way to do this is by using a CV summary or objective.

This short paragraph explains your key competencies to save the recruiter having to skim through the whole CV for relevant information.

Most CVs will have one.

How to make sure the hiring manager zooms in on your film CV, instead of panning to another one?

Describe your achievements, not just your responsibilities and tasks.

While it can be hard to make or quantify your impact in lesser production or crew roles, the bad example makes no attempt. The list of tasks and responsibilities is generic, and piques zero interest in the candidate.

The good example, on the other hand,...

How to get a job in the film industry with no experience?

If you do not possess relevant experience or are a film student, opt for a film CV objective.

Write a paragraph that outlines the skills you’ve mastered so far and shows exactly what the employer will get if they hire you.

Display enthusiasm and passion for film by describing your projects.

The bad example is ridiculous. Or is it?

It could be the same person.

For most people, if we verbalised our deepest dreams, they would sound equally wild.

The key is to refer to what the employer can realistically gain from employing you, and showing some kind of track record that proves your passion. Learn more here: Student CV Sample and Writing Tips

Expert Hint: The film industry is notoriously hard to break into, but don’t fret, there’s still plenty of room! Statista (summarising Bureau of Labour Statistics data) reports that total employment in the US film industry has been oscillating at around 430 000 jobs since 2017, up from 406 000 in 2016. To maximise your chances in this kind of environment, it may be best to take some time and personalise your CV.

If you can’t make your work experience sound exciting, that script of yours is probably not getting made.

Most of film CV examples will describe what they did.

“Planning, organising, managing…”— you could have copied that from Google.

Instead, ask yourself: what did you achieve? How well did you do what you did? and list your proudest moments in your film CV job description. Use CV action words such as improved, directed, developed. Take a look at these examples:

It’s obvious who’s getting an invitation to the premiere.

This, in many eyes, is the most important component of your film CV.

Especially if you are a freelancer, or don’t have formal employment experience in the film industry.

Involvement in large-scale productions shows you can handle a multitude of complex tasks and work in that environment.

Private projects show passion and are very important when you are just starting out.

Here’s how to list film credits on a CV:

If you are a freelancer, or just starting out, you could write a couple bullet points under each credit to outline your, and the production’s achievements.

Film Credits on a CV

Of course, your job description and achievements will mention many skills already, but if you have skills that extend outside the responsibilities of your current position, you could do very well with a separate skills section.

Here are some ideas of soft and hard skills that will come handy on your film production CV:

Expert Hint: Don’t underestimate the power of networking. You should keep your colleagues and friends in the industry close, but don't forget to connect with decision makers. Attend events that you know directors, writers and other personalities will attend. Keep your network diverse.

And since you’re here, I’m assuming you’re not Quentin… yet.

Not to say you aren’t going to outshine him—

But you probably don’t want to work as an usher at an adult movie theatre like he did.

If you have formal education in a film-related subject, it will show you have the basics down, at least, and you’ll be able to tell a dolly from a trolley.

Having a good level of education in other fields can be used to display that you have other transferable skills that can be utilised in film production operations.

The good example here shows achievements and an active student. The bad example is not necessarily bad—as long as you have several years of experience and many film credits under your belt.

If you do—save the space and write more about your job experience and projects. Learn more in our dedicated guide to putting education on a CV.

Expert Hint: It is a good time to get into the film industry. Statista data shows that hourly wages in the US film industry are on the rise, with an average of $35.63, up almost $10 in a decade. Excited? See how to write a career change CV.

6. Make the Final Cut—Embolden Your Film CV With Other Sections

To help your chances, consider adding one of the following additional sections to your CV:

Remember, keep it relevant. If you’re not sure whether to list something, put yourself in the recruiter’s shoes and ask yourself “What does this do for me?”.

Expert Hint: Depending on where you’re applying, you may have to supply a cover letter. A cover letter is the place where you get a chance to become more than just a list of parameters, so use that opportunity if it’s there.

To make sure your film CV makes the cut, keep this in mind:

Do you have any specific questions? Did we help you write a film CV? Leave a comment! We want to hear from you.

Rate my article: film
Thank you for voting
Average: 0 (0 votes)

Written by Dave Rygielski
Dave is a career expert delivering a wide range of well-researched advice regarding the job hunting and application process. At ResumeLab, his data-driven resume and cover letter guides help readers capitalize on their potential. 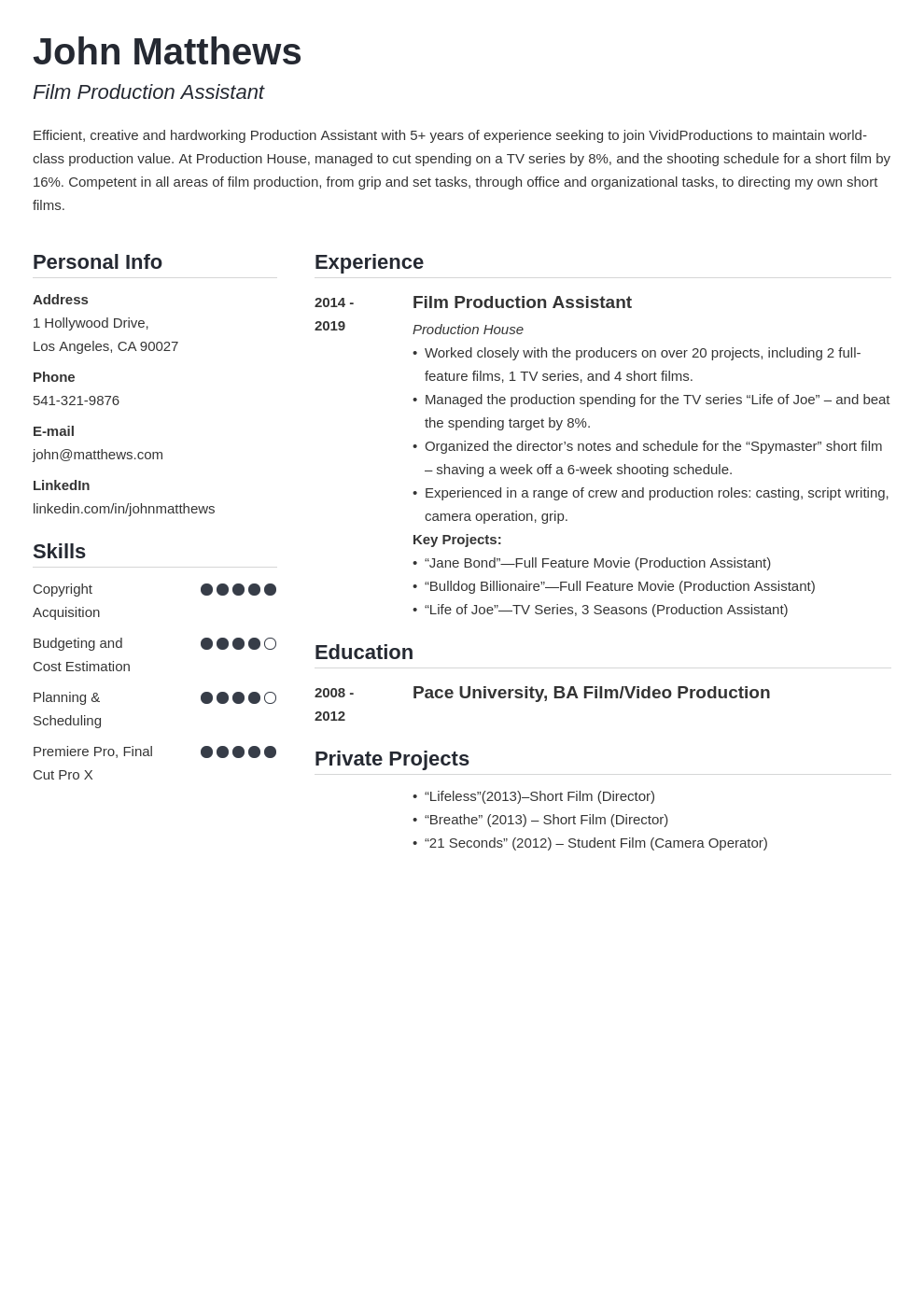 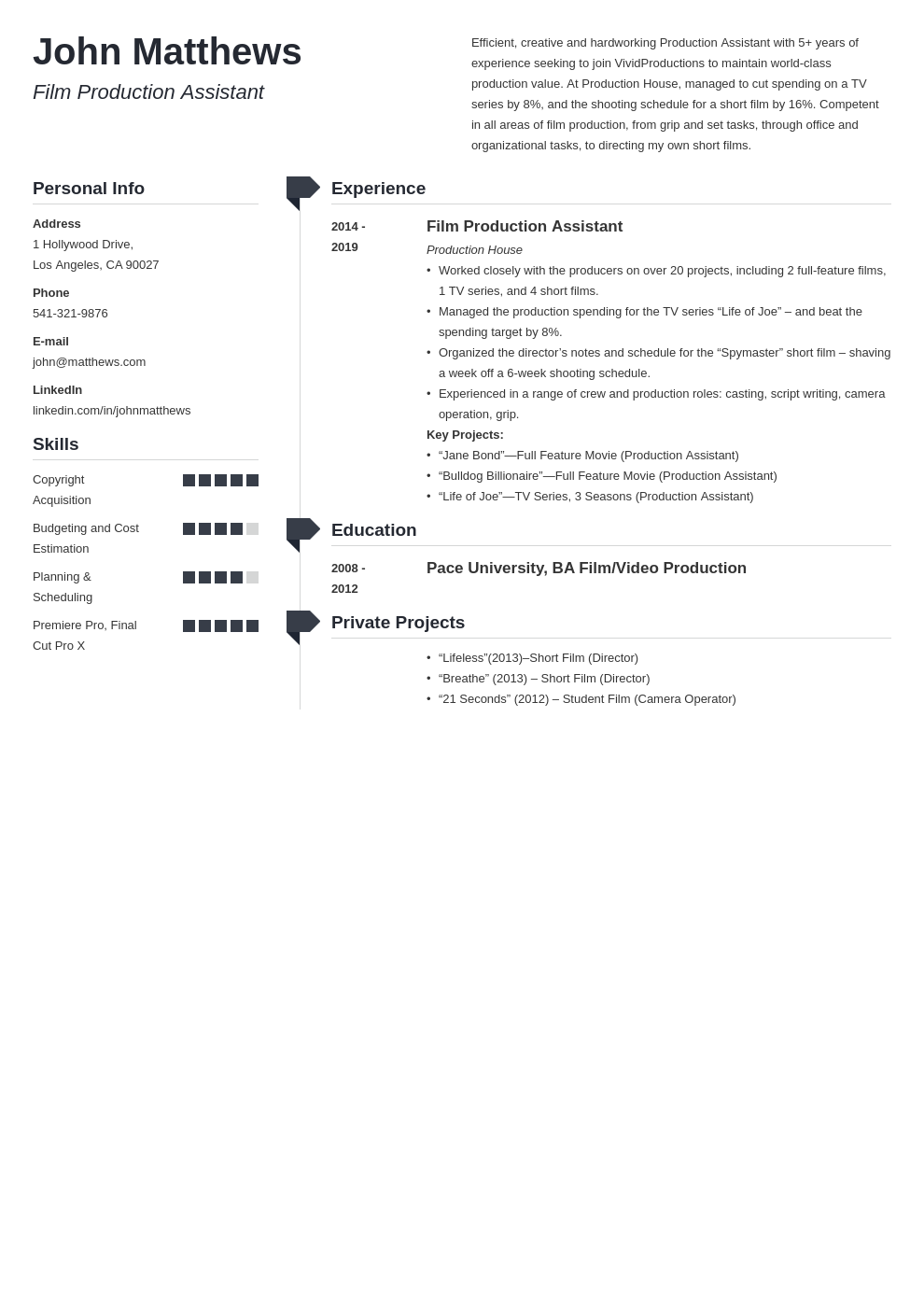 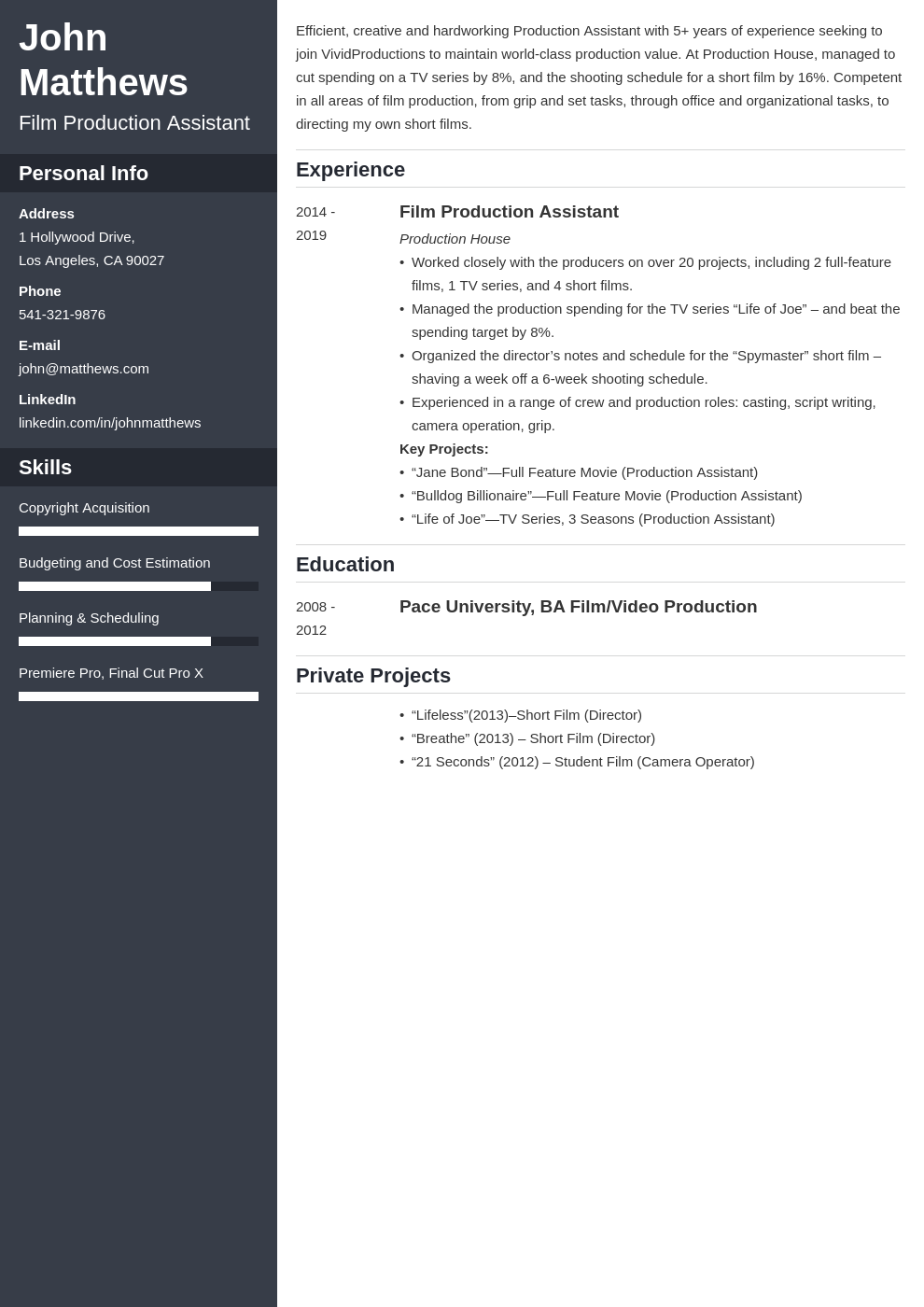 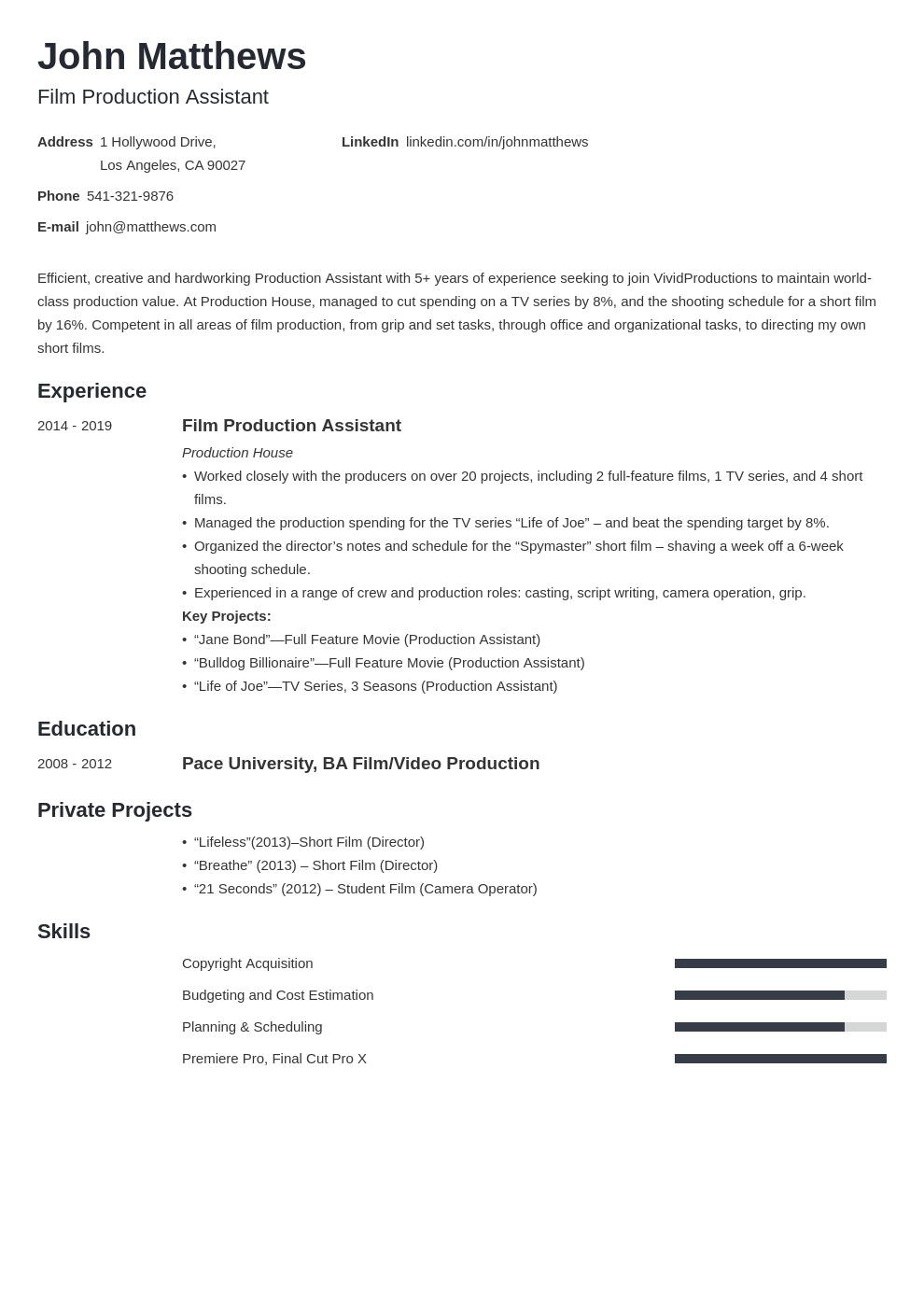 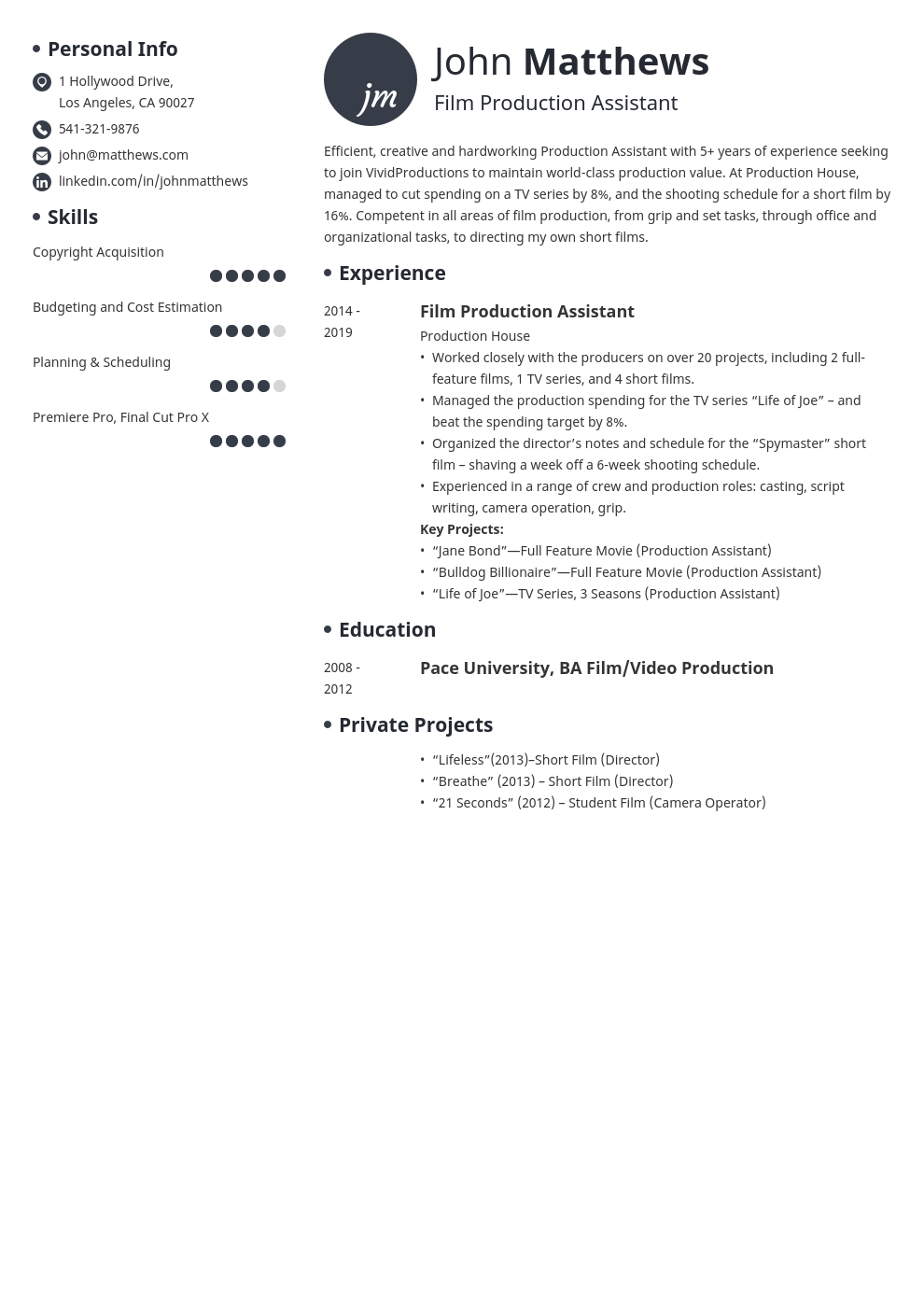 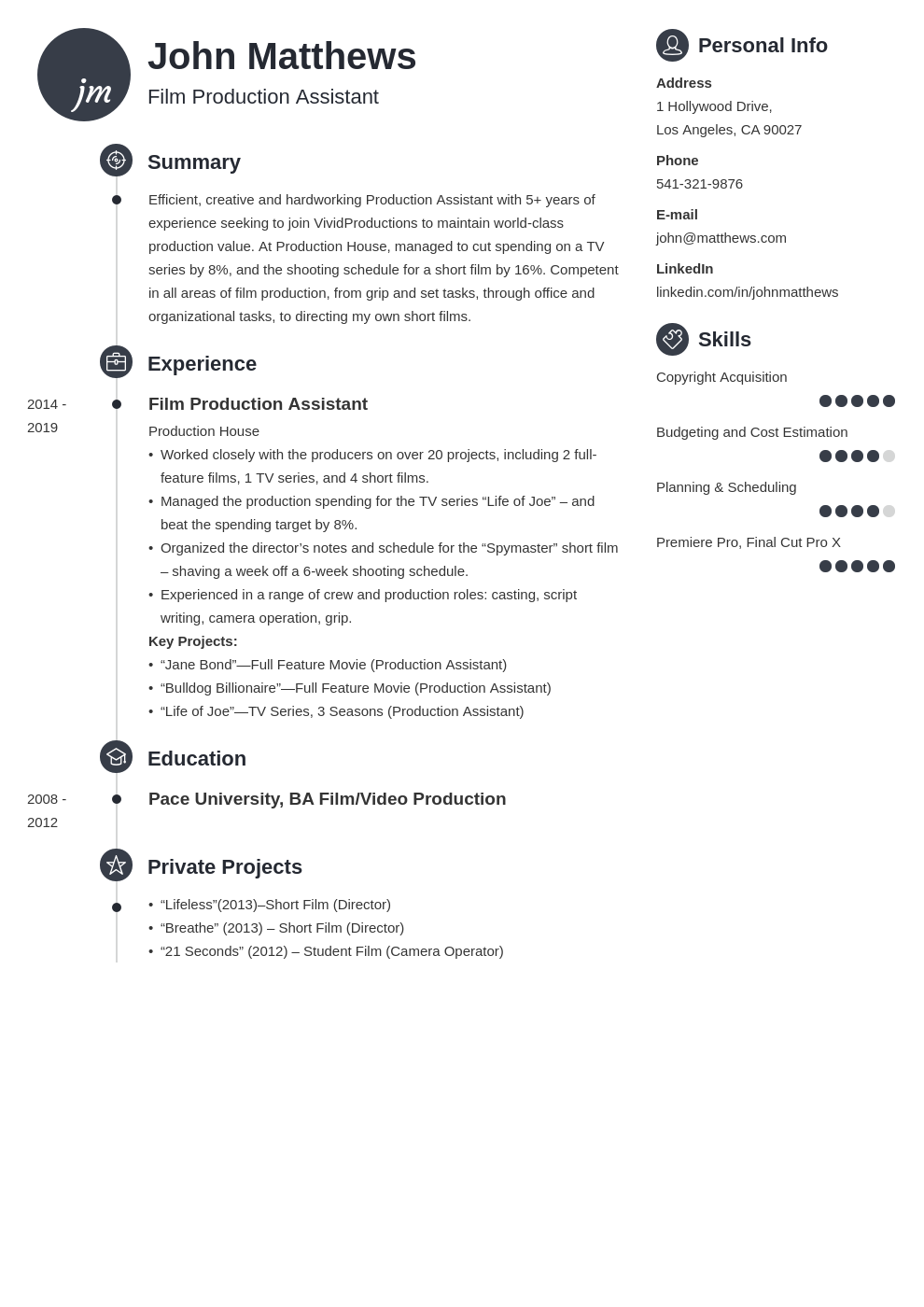 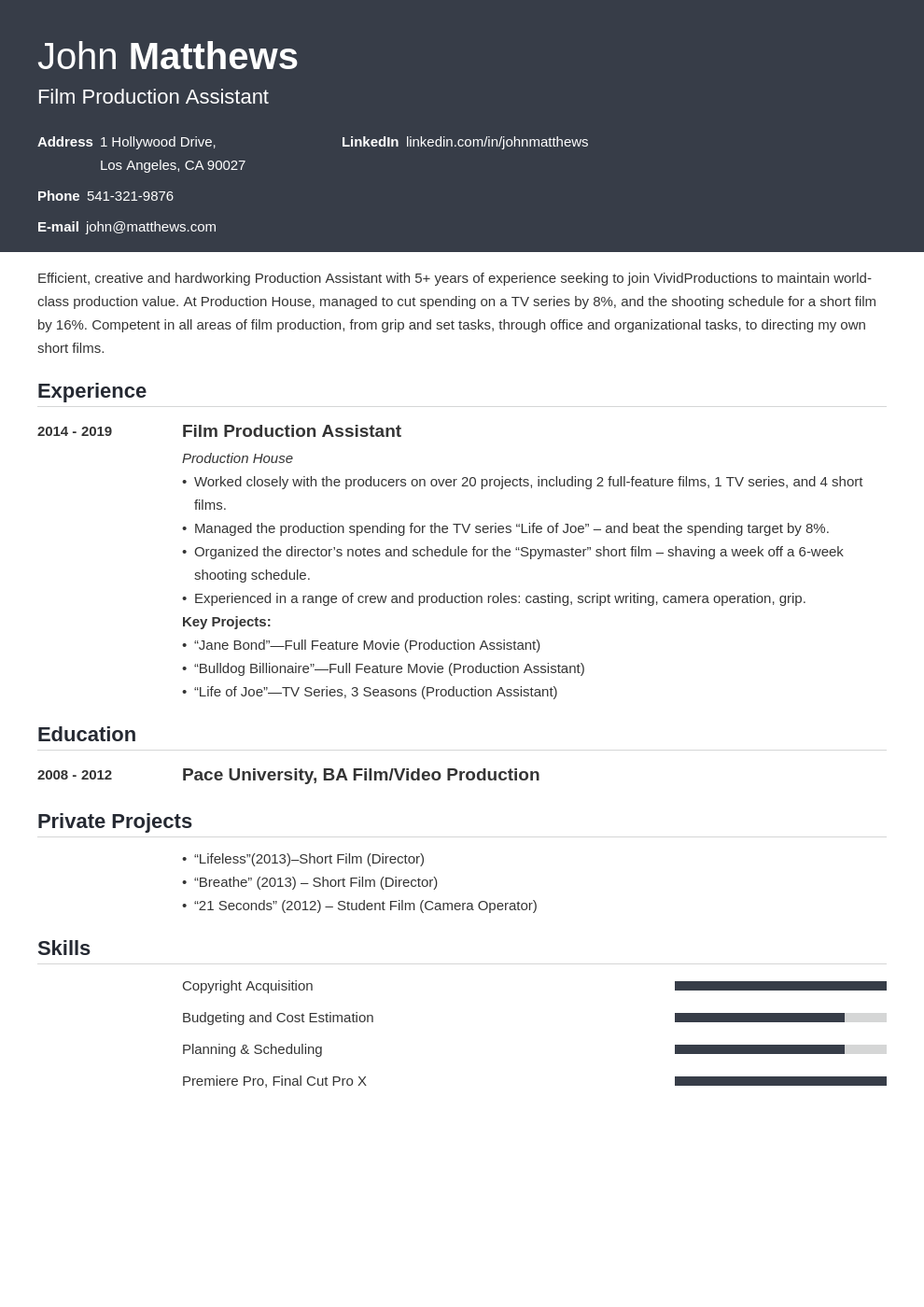 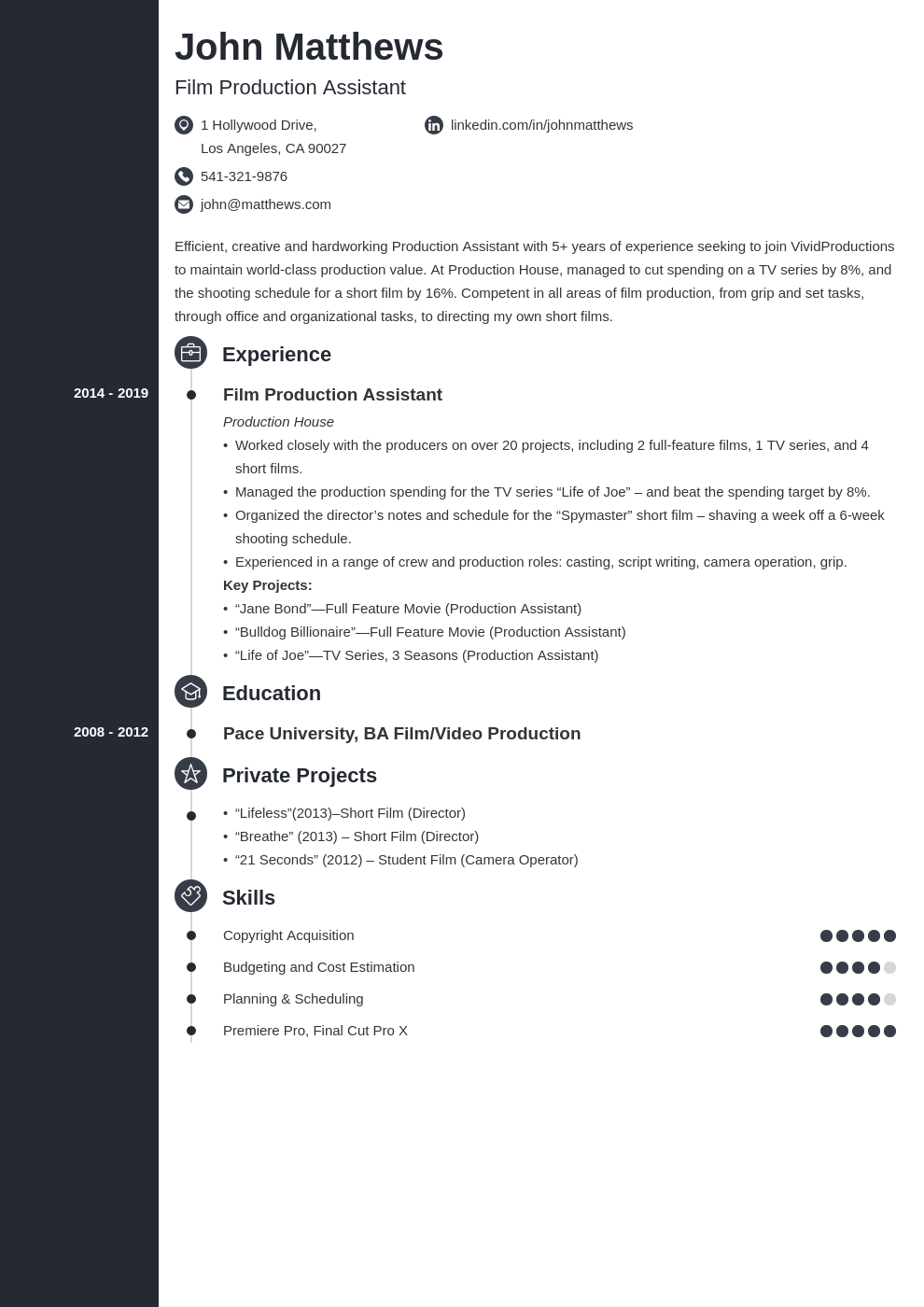 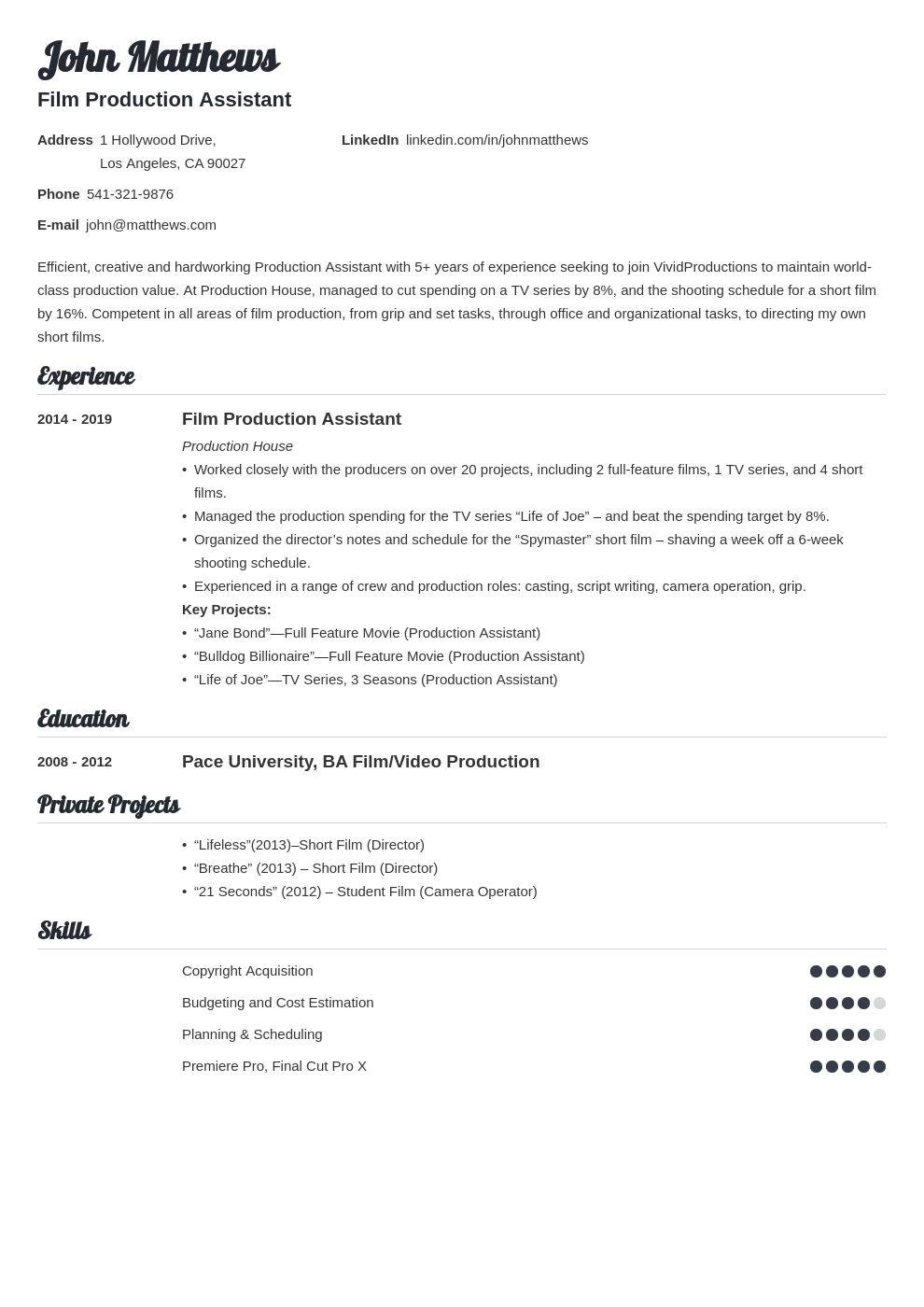 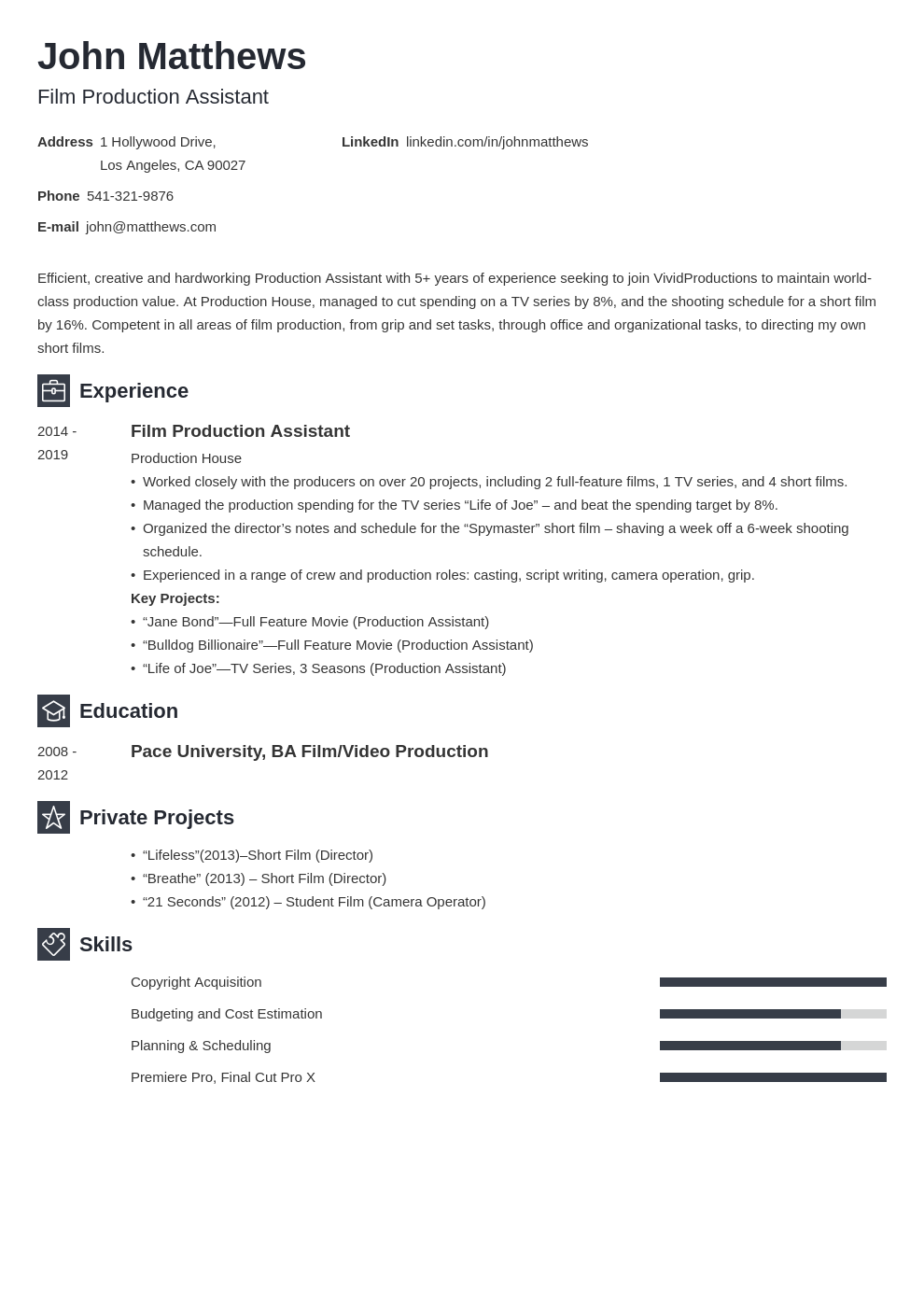 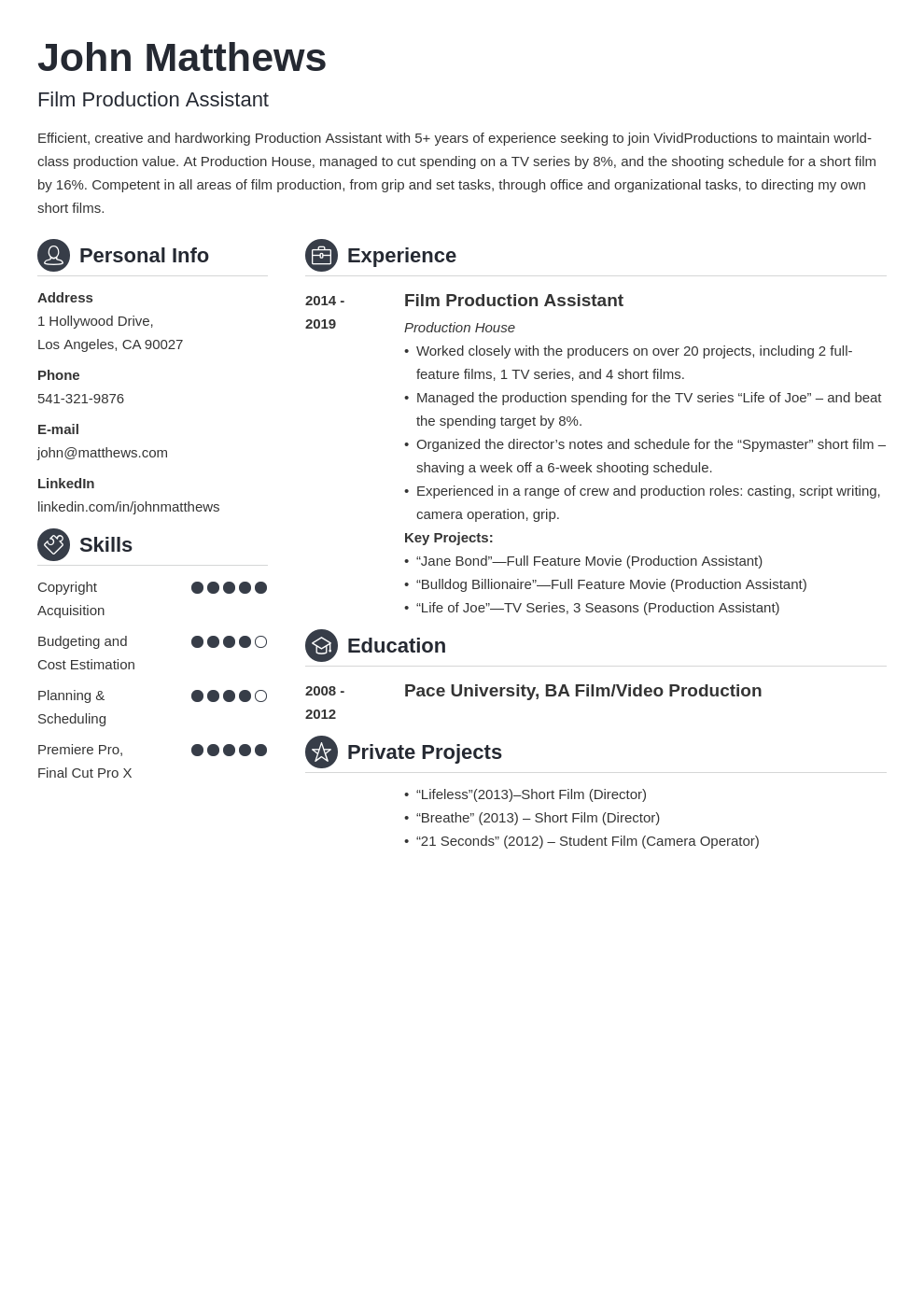 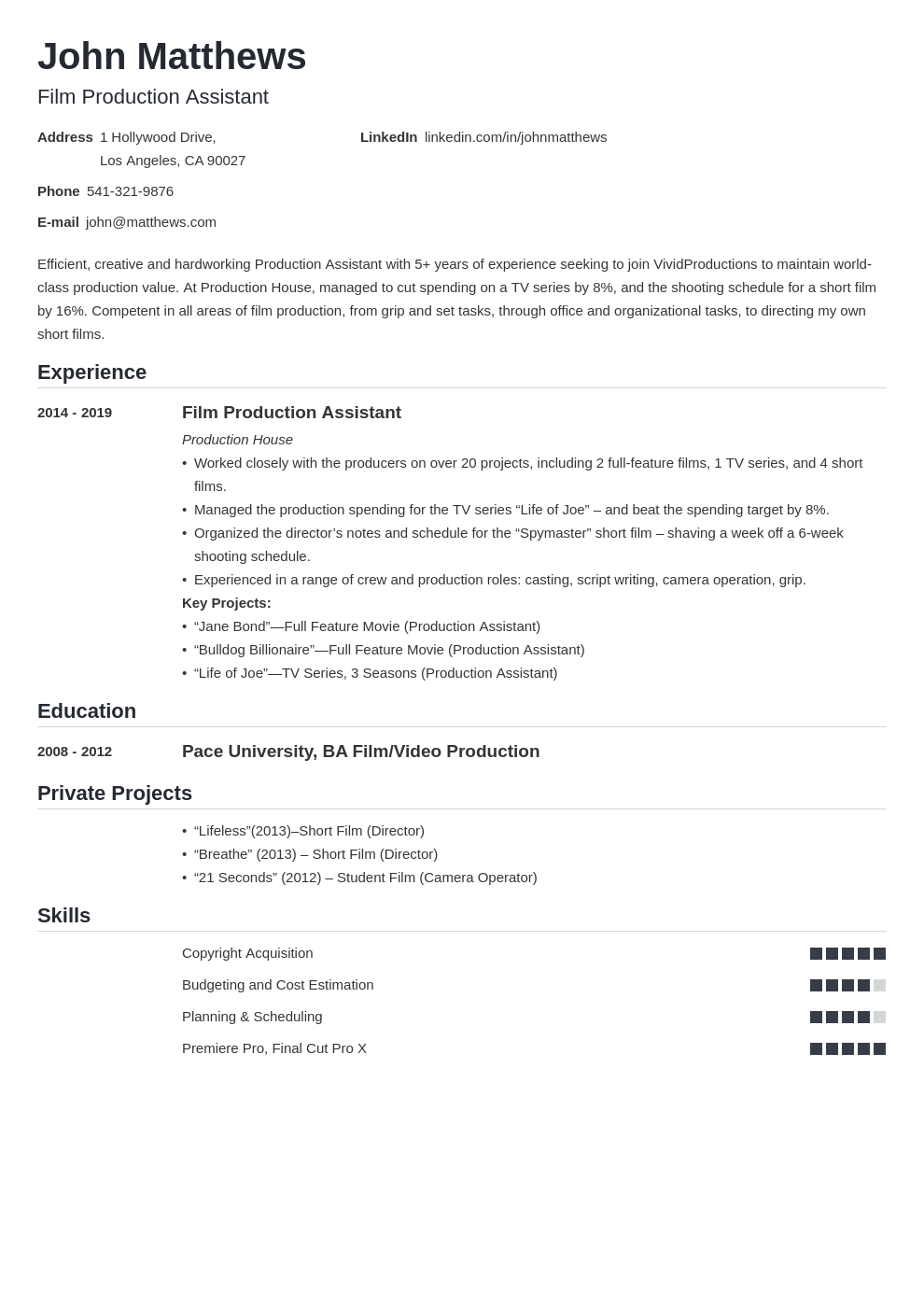 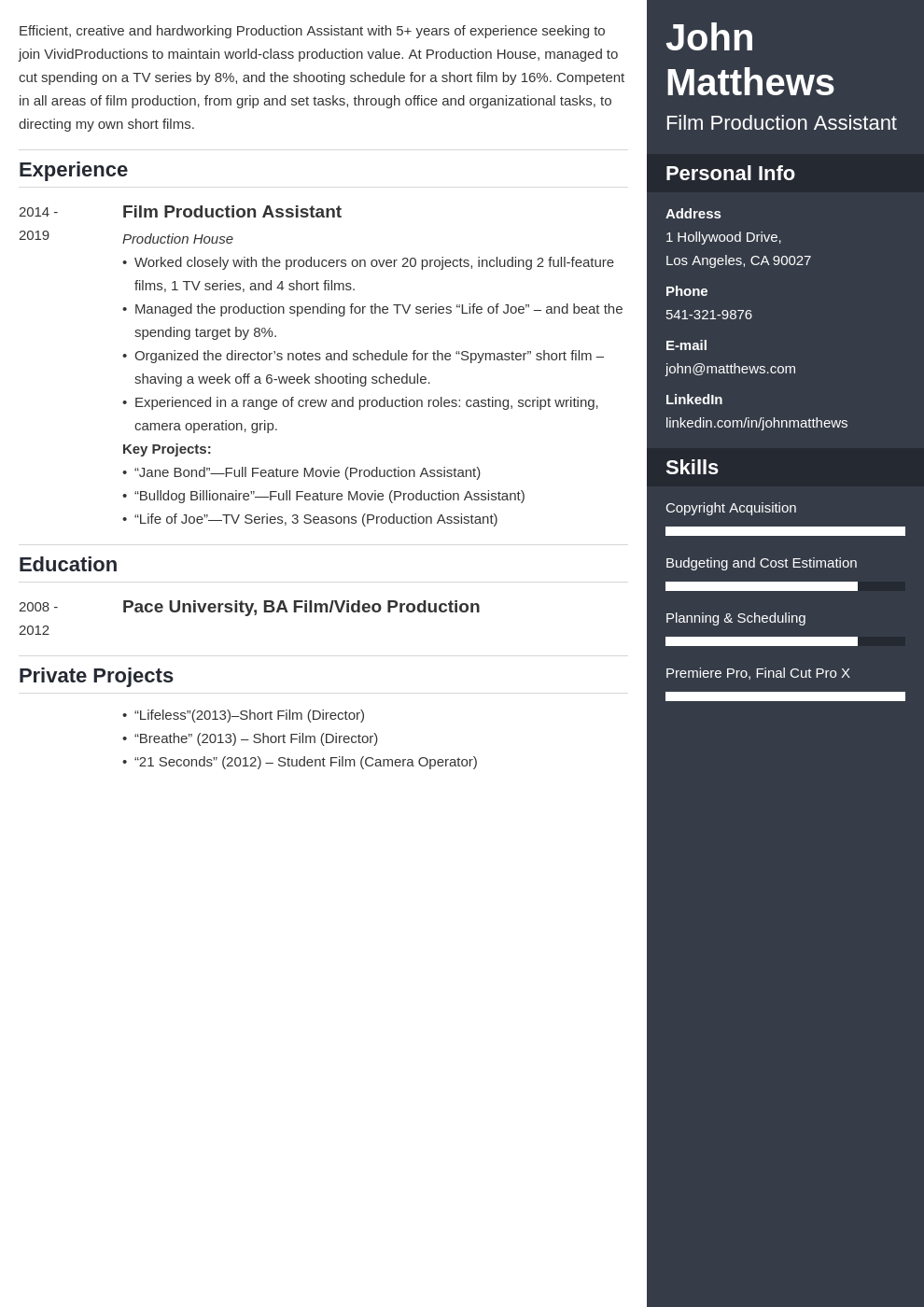 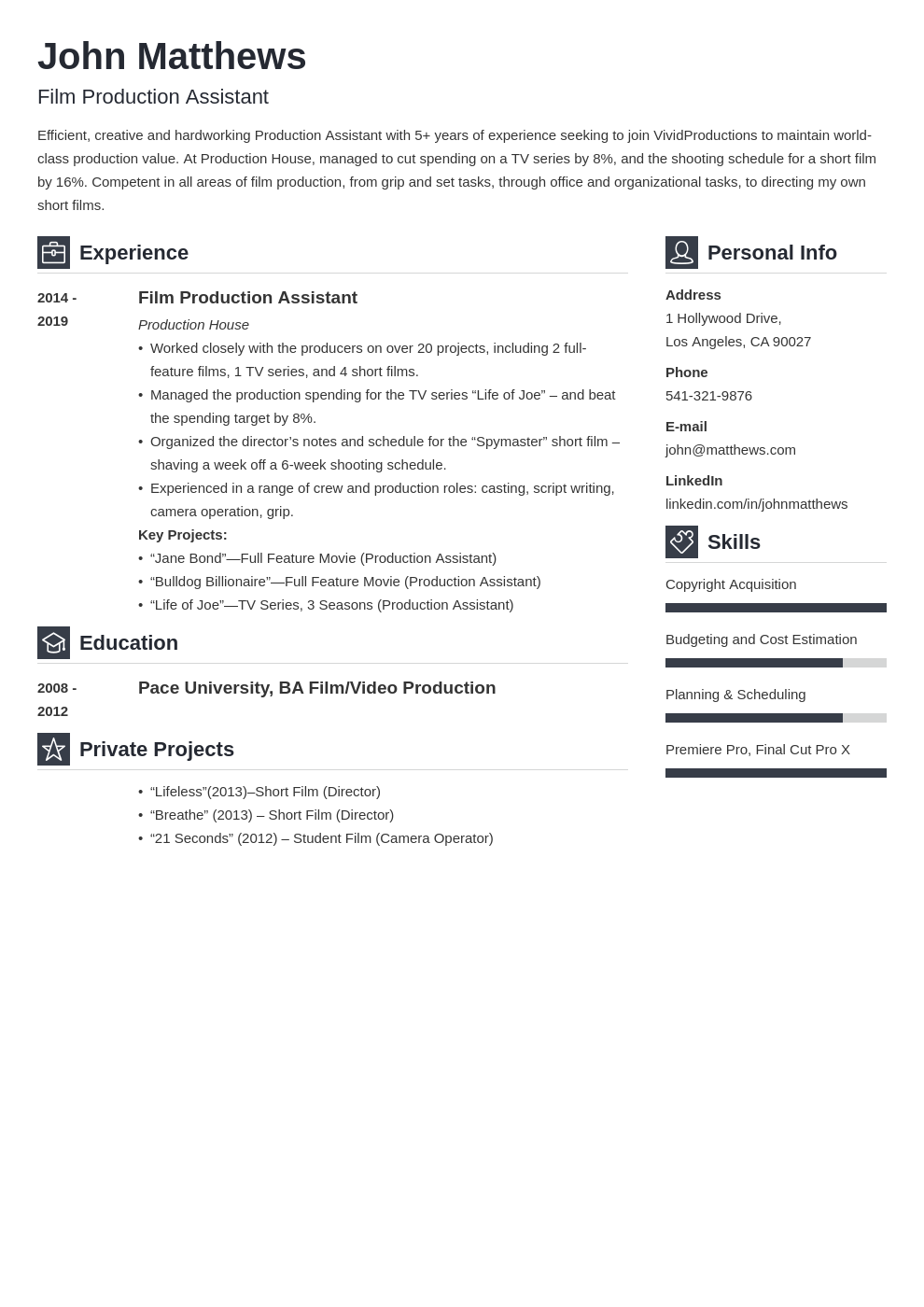 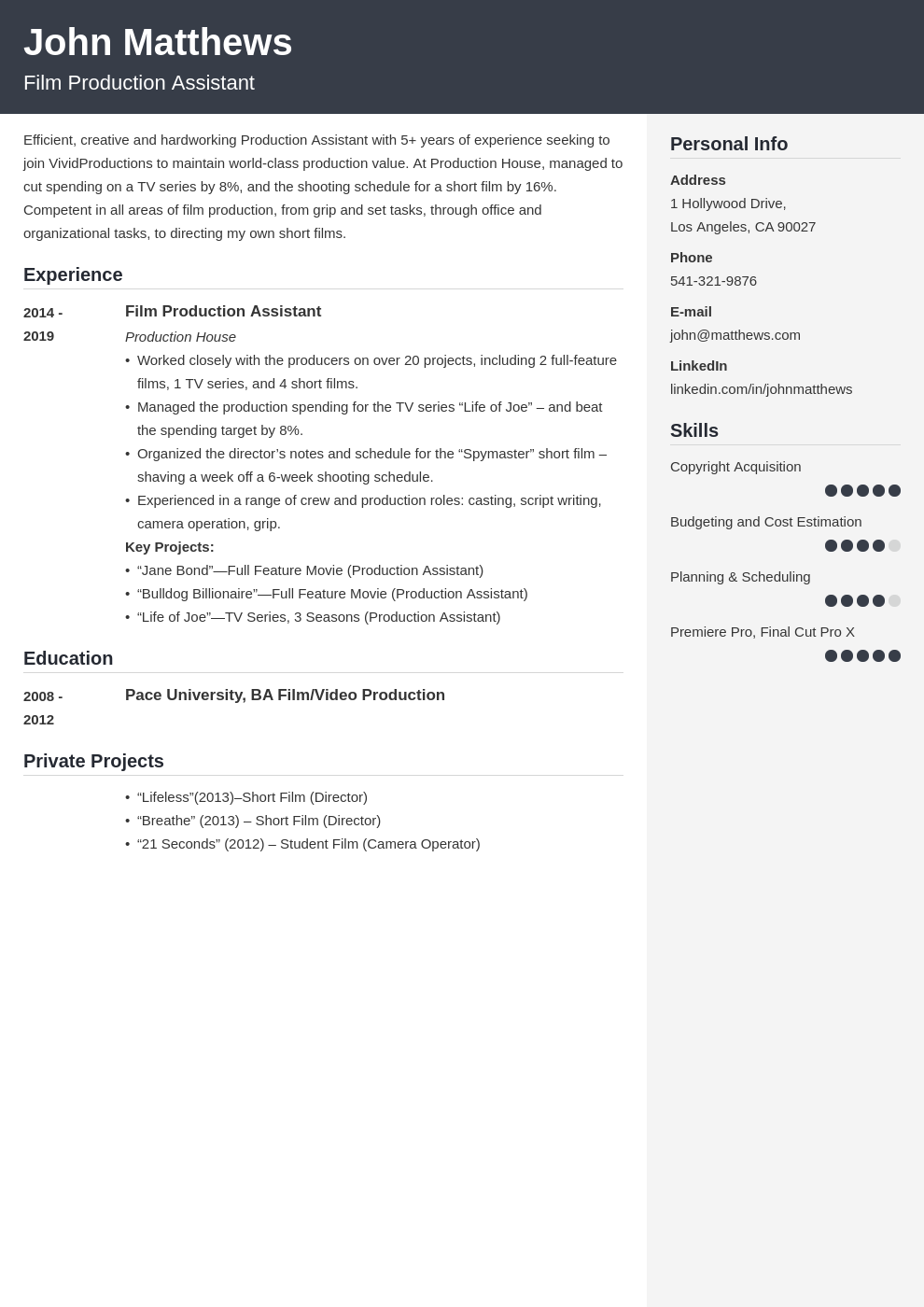 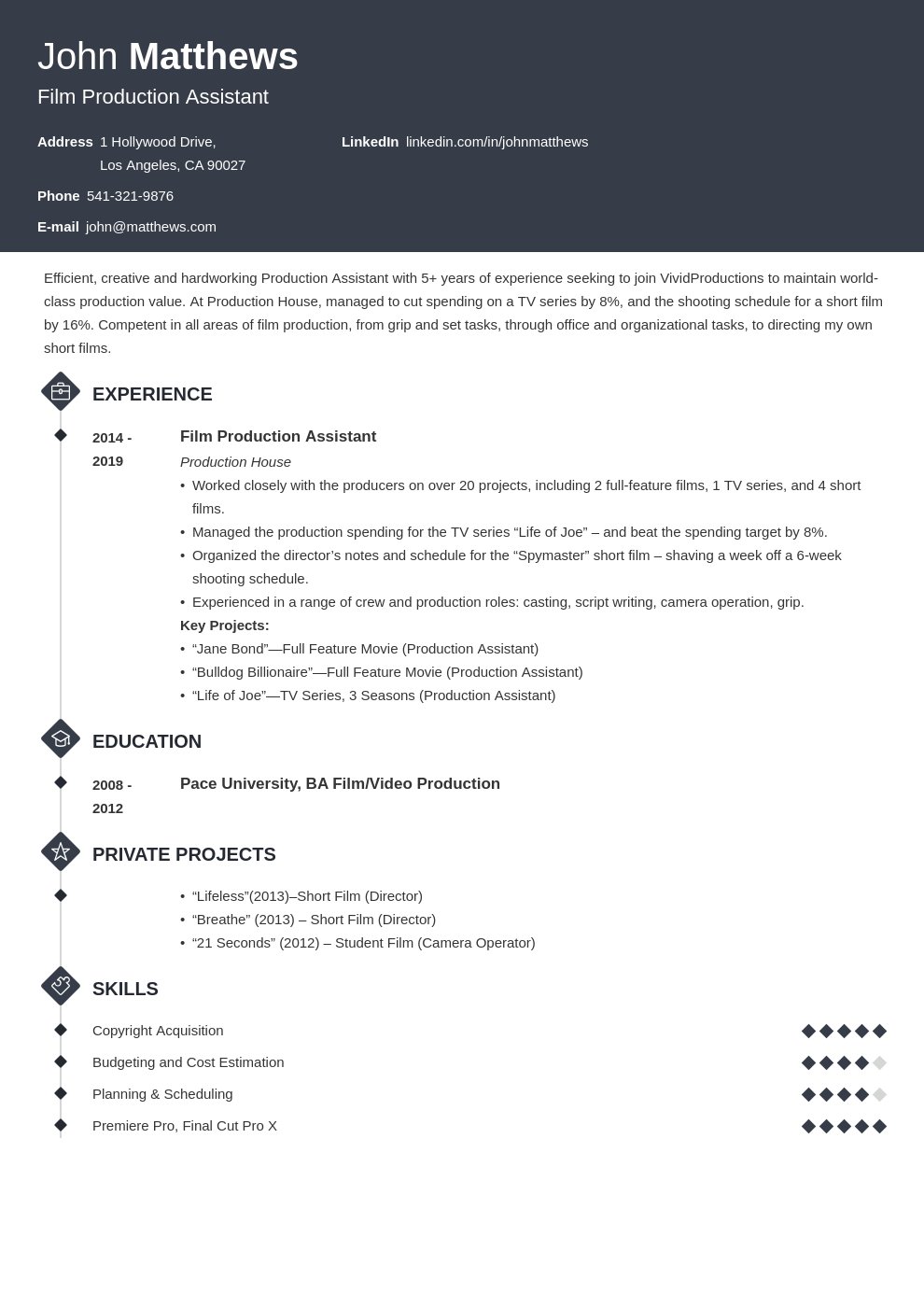 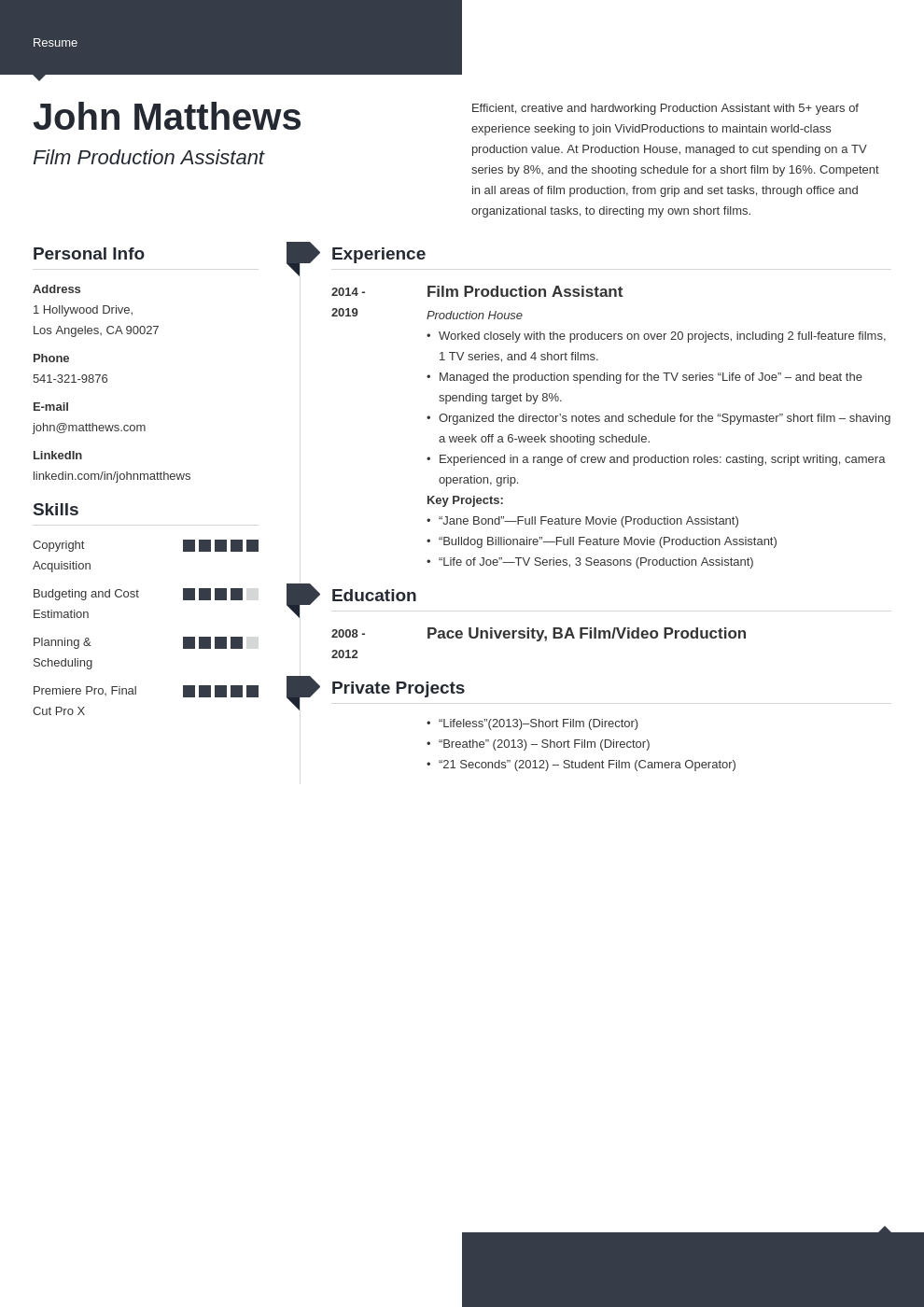 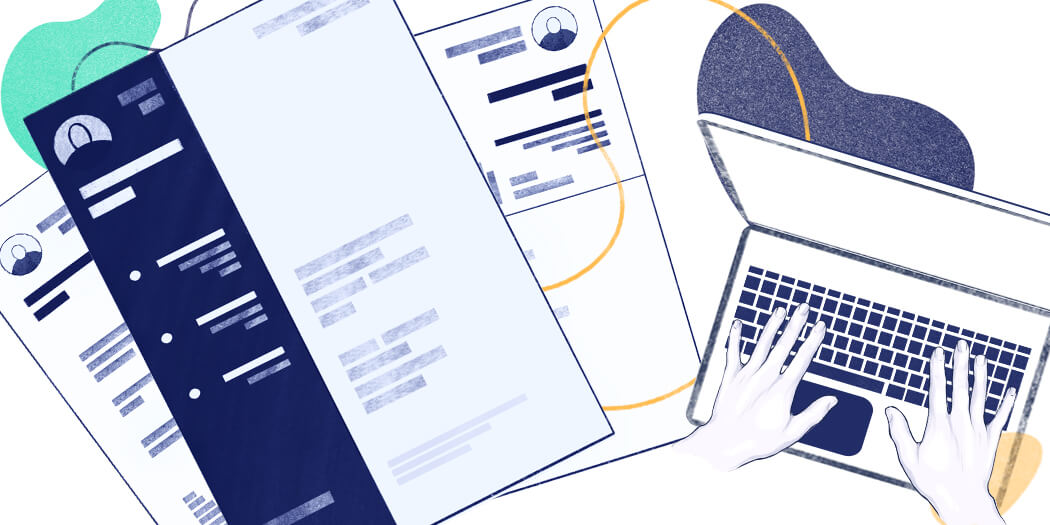 You bring out the natural beauty in your clients, and you have a knack for sales and makeup application. Prove that to hiring managers with your makeup artist CV. 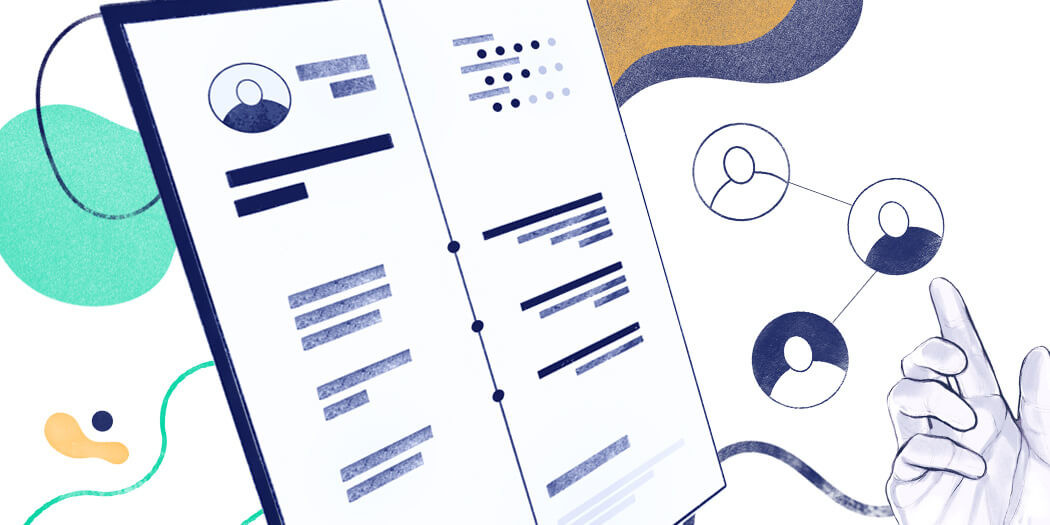 How to Network in University [10+ Best Networking Tips for Students]

Networking while still in university will help you secure your professional career. Ace it with pro tips from educators, career advisors, university counsellors, and former students. 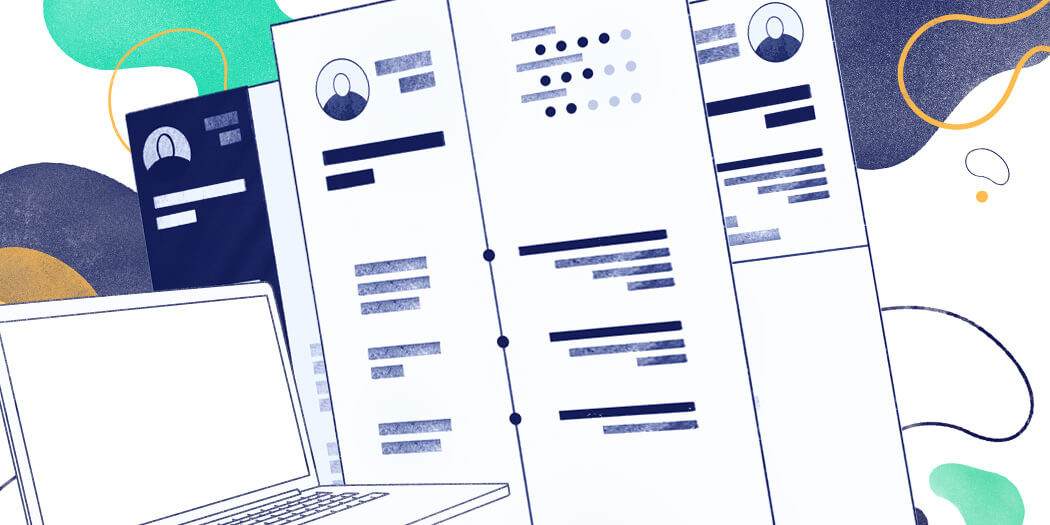 Have you ever asked yourself what career success really means? Does it involve salary, position, or legacy? Do you think your definition of success matches that of other people?